Vote out every republican!

The 2018 GOP tax plan is just another con by the republicans.
The poor and middle class will see a temporary small tax hike
and then it will be taken away along with their healthcare, medicare
and Medicaid! The GOP is enriching themselves and trying to con
the rest of America. We will be paying for the GOP tax plan for decades. 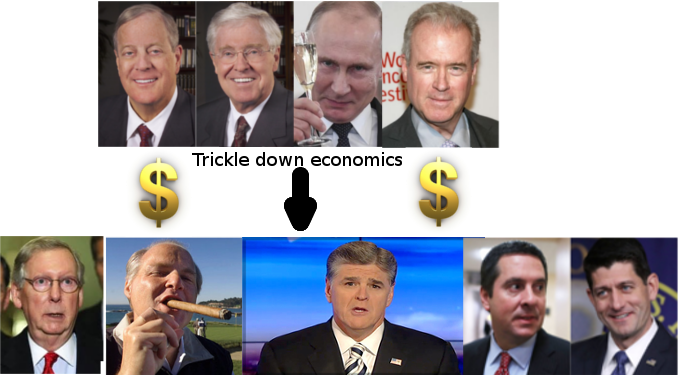 The Greedy Old Party was directly responsible for the design of this tax sham
and they will make billions while the average worker will get the crumbs.
The republican tax plan will increase the deficit well over 1.5 trillion dollars. Guess who get to pay for that? You. That's who. That extra $40 bucks some will get is just a con and then we will be paying for it later.